What is the Quebec Civil Law System

Civil law is used in many countries in Europe as well as in the province of Quebec. It is based on a written “civil code” which has evolved from Roman law and was adopted in France after the French Revolution in 1789. Only private law matters, such as personal legal attributes, relationships between subjects, possession issues and institutions administering wills, sales, leases etc. are covered by civil law. Civil law does not rely on precedents to the same extent as common law.

Quebec is the only Canadian province which has a bijuridical legal system - the French civil law regulates civil matters whereas criminal law performs according to the common law tradition of Canada.

In 1663, the legal system of Quebec started functioning with the foundation of New France. Under the rule of Louis XIV in 1664, the province adopted the custom of Paris which became the main authority of law. The inquisitorial system specified the regulations for administration of justice and the courts’ proceedings. According to this system, the accused was considered guilty until he was able to prove his innocence. Trials lasted until the presiding decided that there was enough evidence for judgment. The system was known for its efficiency and often, judgments and sentences were carried out the same day. In general, justice was well administered with trained and professional officials. The court of appeal was the Conseil Souverain (Supreme Council).

In 1763, customary law was replaced by English law for 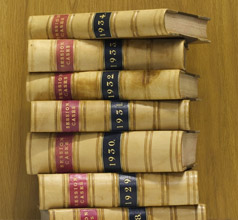 criminal and civil issues. The next year, the Act of Quebec reinstated the civil law system for matters within the sphere of private law as re-instated with the Act of Quebec. The Act was integrated in the Constitution of Canada of 1867 and with this legislative piece, the exclusive rights of Quebec were legalized with regard to civil private law in general and property law in particular. It should be mentioned, however, that in all other areas of law, the residents of Quebec are subject to the provisions of common law.

The Quebec Civil Code of Lower Canada was comprised of 4 books: Means of Acquiring and Owning Property, Persons; Commercial Law, and Property and its Different Modifications. The current Civil Code of Quebec was enforced in 1994 and comprises of 10 books: Persons, Successions, The Family, Successions, Obligations, Property, Prior Claims and Hypothecs, Prescription, Evidence, Private International Law, and Publication of Rights.

Sometimes, the regulations of civil and common laws agree or contradict with each other. Marriage and divorce, for instance, fall under federal jurisdiction as written in the Canadian Constitution. At the same time, marriage ceremonies are performed according to the civil code, but federal law and common law may also be applied in divorce proceedings without equivalent in civil law (such as “"in the place of a parent" doctrine).

Lawyers in Quebec hold a Bachelor of Civil Law degree from one of the six recognized universities: McGill University, University of Montreal, Universite du Quebec a Montreal, Ottawa University, Laval University, and University of Sherbrooke. Students complete a three year study course, six months articling period, and professional training program at the Bar School. It is a requirement that lawyers become members of the Quebec Bar before they are allowed to practice.