The Canadian Citizenship Test: Rewarding or Nerve-wracking Experience for Newcomers

The Canadian citizenship test is intended for individuals who meet the criteria for citizenship, including criminal history, language skills, residential status, age, and others. Applicants can take practice tests before the real test, which is administered by CIC (Citizenship and Immigration Canada). It is available in English and French and tests the applicant’s knowledge about Canada’s geography, symbols, and cultural and military history. Applicants are also asked about Canada’s government and political system as well as the constitutional responsibilities and rights of citizens. The test can be oral or written, depending on the applicant’s proficiency and other factors. 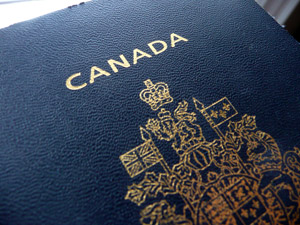 Taking the Test and Other Details
There are multiple choice questions, and the test lasts half an hour. They are of two types – conceptual and fact-based (for example, “Who is the first Prime Minister of Canada?” “What is the meaning of…”). You will pass the test if you answer 15 out of 20 questions. The pool of questions is 200, but you will get 20. While it is important to learn facts related to Canadian culture, history, politics, and geography, the test also assesses the language skills of applicants. The good news is that the failure rate is relatively low – 20 percent for the new version of the test and just 4 percent for the old version. The old version was based on a guide that included fewer facts and information to memorize. This explains the higher failure rate for the new test. To this, the new test was revised to cut the failure rate and make it easy for newcomers to pass it. Applicants who pass the test attend a citizenship ceremony. Because of the new tougher standards, those who flunk are allowed to take the test again. Officials expect that the success rate will increase to 85 percent on average. About 150,000 applicants take the citizenship test each year. The success rate is higher for Americans than for Australian and British citizens.

Some critics point to the fact that the test pays close attention to colonialism and Canada’s history while the focus must be on diversity, celebration of cultural differences, and multiculturalism. The questions and test itself are based on the book Discover Canada: The Rights and Responsibilities of Citizenship. You can read the book online or you can order or download a copy. Other study guides are also available, offering sample questions with answers and explanations. If you plan to apply for citizenship and are between 18 and 54 years of age, you may want to prepare for the test.

CIC (Citizenship and Immigration Canada)
Who is the first Prime Minister of Canada?