The Constitution of Canada, which nowadays finds a material expression chiefly in the Constitution Act of 1982, also known as “The New Law”, is a strange but functional medley of codified and uncodified legal texts. They outline the organization and the functions of the country’s governmental system and guarantee the civil rights of its citizens and permanent residents.

The history of the Canadian constitution begins with the Royal Proclamation of 1763. In general terms, this act regulated the territorial organization of Canada and established the country’s colonial government. The next cornerstone in the development of the Canadian Constitution was the Quebec Act, passed by the British government in 1774. Apart from expanding the province’s borders to the rivers of Mississippi and Ohio, it also replaced the presumption of “guilty until proven innocent” with the “innocent until proven guilty”. The third stage in the development of the Canadian constitution began with the unification of Canada in 1841. This event was legally bounded with the British North America Act of 1867, under which the Dominion of Canada was established.

The fourth milestone in the establishment of the Constitution was laid about a hundred years later, when the Empire Conference was held in 1931. The immediate effect of the conference was that the British government made attempt to give independence to the dominion of Canada. However, the Canadian authorities felt they were not ready for full self-government and requested only partial independence.

The modern history of the Canadian constitution 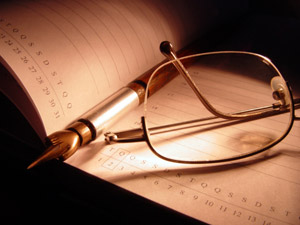 begins in 1982 with the enactment of two parallel acts - the Canada Act of 1982, passed by the British Parliament, and the Constitution Act of 1982, enacted by the Federal government in Ottawa. This act absolved the British government from any responsibility for the dominion and left it to the Canadians to manage their state and legal affairs on their own.

The civil rights of the Canadian citizens are guaranteed by the Canadian Charter of Rights, whose importance, as a part of the Canadian constitution, is immense. Suffice it to say that before the Charter, constitutional lawyers in Canada were compelled to refer to the British Magna Carta in order to resolve some legal arguments.

The Constitution Act of 1982 committed to paper and thus lent tangible legal gravity to many legislative acts, which previously existed only in an oral form. Furthermore, the constitution guarantees the democratic rights, fundamental freedoms, legal and mobility rights, citizens’ equality, and the right to use one’s mother’s tongue in all governmental institutions. Under fundamental freedoms, the new act recognizes the freedom of thought, opinion, and belief, the freedom of consciousness and religion, and the right to peaceful assembly and association. Minority language rights and aboriginal people’s rights are also guaranteed under the new constitution. The Constitutional act recognizes Inuit, Indian, and Metis as aboriginal people and grants equal rights to female and male aboriginal persons.

To sum up, the Constitution of Canada provides for the organization and work of all state institutions and provincial or territorial authorities in the country.