What is the Court System of Canada

All provinces, except for Nunavut, have territorial and provincial courts which handle family matters, juvenile crimes, criminal offences, money related claims, regulatory offences, and traffic violations. Preliminary inquiries also take place at this level of the court system. Some courts deal with particular groups of offenders and offences. The Drug Treatment Court, for instance, deals with drug-related offences committed by non-violent offenders. 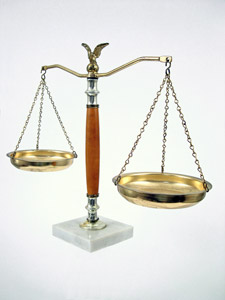 serious civil and criminal cases, including those that involve substantial sums of money, divorce cases, property claims, etc. The provincial/territorial courts also function as courts of first appeal. The courts of appeal in each territory or province hear appeals on cases tried by the superior courts as well as constitutional questions. The Federal Court of Appeal and the Federal Court have civil jurisdiction and deal with matters stipulated in federal laws and statutes. The Federal Court serves as a trial level court while appeals against its decisions are taken by the Federal Court of Appeal. It is within the jurisdiction of these courts to review orders, decisions, and other actions of various federal commissions, boards, and tribunals. These structures may refer questions of law, practice, and jurisdiction to the courts at this level. There are also specialized courts at the federal level such as the Tax Court of Canada or the Military Courts. The Tax Court helps settle disputes under federal revenue and tax legislation. In essence, the court hears disputes that arise between the taxpayers (persons and legal entities) and the federal government. Headquartered in Ottawa, the Tax Court is an institution independent of government structures such as the CRA.

The Military Courts hear cases under the Code of Service Discipline, applicable to active military men in the Canadian Forces and all civilians who work within the structures of the military. The Code establishes a system of offences and disciplinary sanctions that aim to facilitate the work of the Canadian Forces. Appeals on cases tried by the military courts are heard by the Court Martial Appeal Court. Its functions are similar to those of the provincial and territorial level courts of appeal, with jurisdiction comparable to that of the superior courts. The judges come from the superior and federal courts in the country.

The Supreme Court of Canada has jurisdiction in all fields of law, including administrative, criminal, civil, and constitutional law. The Supreme Court also serves as the final court of appeal.