Canada is the world's second largest country in size. Due to its outstanding natural resources, Canada is a wealthy nation and one of the global leaders in international trade. The country is a world's leading contributor of uranium and zinc and has vast deposits of lead, nickel, and aluminum. Canada has a big resource base of natural gas and oil, as well. The nation is a major exporter of automotive products - one of the top three contributors after Japan and the United States. Canada is also the world's fourth-largest supplier of agricultural products, such as wheat, grains, vegetables, fruits, tobacco, forest products, fish and dairies. The country's services sector is also one of the best developed - it contributes over two-thirds of the Canada's output.

Despite that Canada's economy is one of a market-oriented type, the government plays an important role in controlling the State's budget, determining the rules regarding most of the corporate and personal income taxes, and collecting them. As a result, the State provides various services, such as employment insurance payments, old age security payments, etc. Besides, the federal government has several funding commitments and responsibilities including the management of the Canada Pension Plan and allocating money for education, health and social services to the provinces.

Economy and the Biggest Cities in Canada 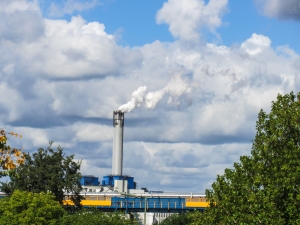 The five largest cities in Canada, more densely populated than the capital city of Ottawa, are: Toronto, Montreal, Vancouver, Calgary and Edmonton.

Toronto is the economic capital of Canada and one of the world's leading financial centers. Toronto is considered a cosmopolitan city as almost half of its 4,753,120 residents were born outside the territory of Canada. The city is permanently rated as one of the most livable places in the world.

As the biggest city in the largest Francophone Canadian province (Quebec), Montreal is the world second largest French-speaking city after Paris. The city is known as Canada's cultural capital.

Vancouver is well-known for its port which is the largest in Canada. Forestry and tourism are the best developed industries in the city. Vancouver is a major film production center in North America - the third after Hollywood and New York.

Calgary is a popular destination for ecotourism and winter sports. The petroleum and high-tech industries are also among the key economic sectors developed in the area.

Edmonton is called "The Festival City" as it hosts a number of world-class festivals. The city is a large educational and cultural center as well as a major hub for the oil and gas industries. Previously known as the “Oil Capital of Canada”, Edmonton is a major center for the petrochemical industry. The biotech and service industries are also well-developed. Among the major employers in the city are IBM, Canadian Western Bank, Intuit Canada, General Electric, etc.

The capital city of Ottawa is considered the fourth cleanest city and one of the most livable places around the globe. The major employers in the capital are the federal government and the high tech companies. Key companies operating in Ottawa are Adobe Systems, Computer Sciences Corporation, IBM, Hewlett-Packard, General Dynamics, MBNA Canada Bank, and many others.

What type of economic system does Canada have?
How big is the Canadian economy?
What are the top industries in Canada?
What are the major cities in Canada?
What percentage of Canadians live in cities and towns?
Montreal
Calgary
Edmonton
Vancouver
Victoria
Winnipeg
Saskatoon
Fredericton
St. John’s
Halifax
Toronto
Charlottetown
Quebec City
Regina
Ottawa
What are the Top Canadian Airlines
What are the Top Telecommunication Companies in Canada
How to Apply for Patent in Canada
Iqaluit
Whitehorse
Yellowknife
Top List of Products Manufactured in Canada
Canada as the Leader in the Resource Mining Industry
Recycling in Canada: Handling Hazardous Materials and Reducing Pollution
Economic Sectors That Fare Worst and Best
Who Are the Top Export and Import Partners of Canada
Green and Eco-Conscious Communities and Cities in Canada