The first people of Canada were Paleo-Indians, who migrated into North America from Siberia, at a time when the continents were connected by the Bering land bridge during the Pleistocene Ice age.

The first European contact with Canada was established by the Vikings led by Bjarni Herjólfsson in 985 or 986. Several Norse groups attempted to colonize the newfound land but were repelled by the indigenous peoples who were already well-established in the area. Evidence of a Viking settlement has been found in contemporary L'Anse aux Meadows.

When Europeans started colonizing the North American continent, the first ones to venture into the north were the fur traders. In 1604, France established a successful colony on the shores of the Annapolis basin, which came to be known as Acadia. Samuel de Champlain took colonists from Port Royal further into the north, establishing the colony of Quebec in 1608. The areas colonized by the French were collectively known as New France. By 1750, its territories included Ontario, Quebec, Newfoundland and Labrador, as well as parts of Manitoba and Saskatchewan.

After the end of the Seven Years War (1754 - 1763) and the treaty of Paris, France ceded the majority of its New France territories to Great Britain. French Canadians were initially intended to be assimilated, yet the Quebec Act of 1774 set out the province's distinct rules of governance, which preserved their language and culture. 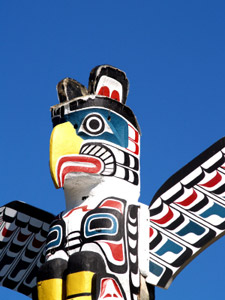 In 1775, American revolutionaries tried to spread their insurgence into Quebec; the population was generally opposed to it, with the exception of English-speaking merchants and migrants from the south.

The 19th Century saw many reforms in the young Canadian state. Following a report by Lord Durham in 1839, which claimed that hostilities still existed between the British and the French inhabiting the country, the Act of Union in 1840 meant to unify northern and southern Canada with equal representation in the legislative assembly. The Act ultimately proved to be unsuccessful because of its restrictions (such as prohibiting the use of French in official institutions).

The Dominion of Canada was formed in 1867 - the term dominion indicates that Canada is a self-governing colony still within the boundaries of the British Empire. John A. Macdonald became the first prime minister of the newly formed federation while Ottawa was inaugurated for the capital of the Dominion of Canada.

During the 1870s, the demand for leather products skyrocketed, and the herds of bison were almost completely wiped out. The western aboriginal livelihood was led to collapse because the natives were dependent on their herds for subsistence: from food to clothing. With their herds of bison destroyed, the faith of aboriginals was at the hands of the newcomers.

In 1874, Prime Minister Mackenzie carried out a reform of the electoral system and established the Royal Military College in today's Kingston. Queen Victoria gave her royal assent to add the prefix 'royal' to the name of the academy. During the same year, Alexander Bell introduced his invention, the telephone, to his family members in Ontario. In June, he displayed the telephone in Boston. In 1875, the Prime Minister established the Canadian Supreme Court while a year later, the Intercolonial Rail was completed.

Saskatchewan and Alberta were admitted as provinces in 1905. Throughout the 20th Century Canada's prosperity grew and the country was apparently on its way to becoming a global power. In 1965 the maple leaf was adopted as the country's new national symbol.

The last major significant date in Canadian history was March 29 1982, when the Canada Act was passed by the British Government, which made the country legally independent from the British Parliament, though Queen Elizabeth II is still officially recognized as the head of state.