GST or the Goods and Services Tax is value added tax that replaced the Manufacturers' Sales Tax in 1991. GST was introduced by Prime Minister Brian Mulroney to facilitate export. As of 2008, the GST rate is 5 percent.

GST is levied on most services and goods purchased in Canada, except residential rent, financial services, medical services, groceries, and other politically sensitive essentials. Businesses that buy services and goods which are supplied, used, or consumed by the general population can claim input tax credits. Businesses that supply exempt services and goods cannot register for GST/HST. Such businesses cannot claim input tax credits because they do not charge GST/HST on the supply of services and goods. The list of exempt goods and services includes: long-term residential accommodation, childcare services, and most dental, medical, and health services performed by licensed dentists and physicians. Many educational services are also exempt, including tutoring services for students who take courses approved for credit and courses offered by vocational schools that lead to a diploma or certificate to practice a vocation or trade. Most beverages and foods sold in secondary and elementary school cafeteria are also exempt, along with meal plans offered by public colleges and universities. Finally, services offered by financial establishments, such as arrangements for mortgage loans and other loans, are exempt.

In essence, tax is borne by final consumers. In 1997, the Government of Canada and the provinces of Newfoundland and Labrador, 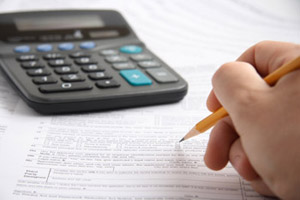 New Brunswick, and Nova Scotia merged their sales taxes and adopted the Harmonized Sales Tax. The current HST rate is 15 percent in Nova Scotia and 13 percent in Newfoundland and Labrador and New Brunswick. The Canada Revenue Agency administers the Harmonized Sales Tax, and a formula is used to divide revenues among the participating governments. In Quebec and Prince Edward Island, GST is included in provincial taxes. Nunavut, the Northwest Territories, and Yukon do not have territorial sales tax. Quebec administers the Quebec Sales Sax and the federal Goods and Services Tax.

It should be noted that different GST/HST rules apply for companies that export and import services and goods. For example, goods imported into Canada are subject to the federal part of the Harmonized Sales Tax or GST except for goods that are categorized as non-taxable importations. Non-taxable importations include prizes, trophies, ad metals won in competitions outside Canada, tourist literature imported by organizations and governments for public distribution, and goods imported by public institutions and charities that have been donated to them. Some zero-rated goods, for example, prescription drugs, are non-taxable importations.

Supporters of the GST argue that higher taxes help the economy, making it more competitive and efficient on the international markets. The transparent nature of the Goods and Services Tax makes it easier for Canadians to stay informed and be aware of taxation. The HST/GST credit, which is a tax-free payment, helps families and individuals with modest and low incomes to offset part or all of the HST or GST they pay.