What is the national animal of Canada?

Canada has two national animals – the beaver and the Canadian Horse. The beaver is a large, nocturnal, semi-aquatic rodent known for building lodges, canals, and dams. It is the world’s 2nd largest rodent, but the beaver population in North America has declined steadily due to extensive hunting (it is mainly hunted for its fur and glands). The importance of the beaver for fur trade and the economic development of the country led to its designation as a national animal. The beaver appeared on the coat of arms of the oldest commercial corporation in North America, the Hudson’s Bay Company. Established in 1913, the Beaver Insurance Company operated for many years. Eventually, it went out of business and was absorbed by a large insurance company.

In the view of some, 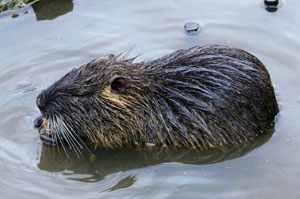 Conservative Senator Nicole Eaton in that number, the beaver represents the colonial past of the country. It is an industrious and humble animal which recalls Canada’s early expansion through fur trade. The polar bear, on the other hand, is a majestic animal that reflects the spirit of the nation. The polar bear is one of life’s winners and being a ruthless predator, it is at the top of the food chain. Opponents argue that the beaver is a symbol of a bygone era. However, the debate goes beyond the choice of a national animal, although it has set fur flying across the country. Some claim that Canada is undergoing an identity make over.