Canadian Family Law – What You Should Know

Canadian family law deals with marriage and divorce, separation and annulment, spousal and child support, and division of property. The law specifies the rights and responsibilities of partners, including common-law partners and spouses and governs family relationships. Issues such as property disputes and adoption are dealt with under provincial laws while divorce and marriage are governed by federal law.

Marriage and Divorce
Provincial law deals with marriage ceremonies while the federal government has jurisdiction over matters such as persons who can get married. Individuals related by adoption, affinity, or consanguinity are allowed to marry. The ceremony can be performed by officials such as court clerks, justices of the peace, judges, marriage commissioners, and clergy. Medical tests are not required. Polygamy is prohibited and constitutes criminal offence. Depending on the province or territory of residence, the partners may be asked to present proof of divorce, proof of age, passport, birth certificate or sworn statement, and consent forms. Some provinces also require proof of death for partners who had previous spouses, place of birth and names of parents, and social insurance number. Proof of death is usually in the form of a death certificate. Proof of dissolution of civil union is treated as proof of divorce. Both partners also present immigration documents and paperwork, if applicable. All provinces and territories require proof of identity.

The Divorce Act governs matters such as parental and custody arrangements, spousal support, child support, and grounds for divorce. Other matters include access decisions, ending marriage and legal relationships, and suspension and variation of orders. Territorial and provincial acts also govern matters such as spousal and child support. Divorce is governed by the Québec Civil Code in Quebec, the Family Law Act of BC in British Columbia, and The Child and Family Services Act in Nunavut and the Northwest Territories.

Child Support
The provinces and territories have set their own guidelines but some provisions are under the jurisdiction of federal law. For example, if both spouses live in different territories or provinces, their family circumstances fall under federal law. Territorial or provincial provisions apply if they are separated or not married. There are different parenting arrangements under federal law – sole, split, and shared custody. Both spouses are required to provide income information in case they agree on a shared or split custody arrangement. They present proof of income such as notices of reassessment or assessment and income tax returns and additional information if they are self-employed. Additional sources of income include disability payments, workers’ compensation, and employment insurance. Spouses may be required to present information about trust settlement agreements and business partnerships, if applicable. 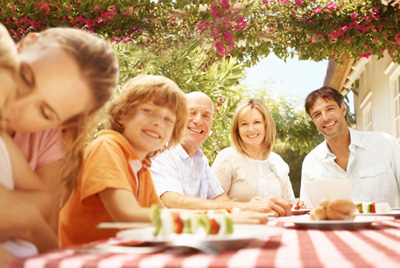 Finally, both spouses offer information about income in the form of employee stock options, non-recurring and recurring net capital gains, income from sole proprietorships and partnerships, dividends from corporations, and social assistance. All persons are required to present recent pay slips if employed. Child support orders include information such as due date for the first and subsequent payments, special expenses, amount of payment, income of parents, and birth dates of children.

Children’s Rights in Canada
Children are vulnerable and require special protection. In many countries, children are discriminated and abused and face violence and armed conflict. Canada has made considerable investment in child care, support, and benefits. It is not among the 10 developed countries with low child poverty rates, however. The country’s transfer and tax policies were found to be moderately effective.

Child protection is enshrined in different acts and codes. Offences that fall under the Canadian Criminal Code include sexual offences and sexual assault, infanticide, attempted murder, and murder, and abduction of young persons. Other offences include trafficking, forcible confinement, kidnapping, assault, and physical violence. Neglect and emotional and psychological abuse are also regarded as offences, including threats, harassment, negligence, abandonment, and indecent calls. The different provinces and territories have their own legislation, for example, the Family Violence Prevention Act in Yukon and the Family Violence Protection Act in Newfoundland and Labrador. There are specific acts that deal with child protection, one example being the Family Services Act of New Brunswick. The act specifies different protective services such as adoption, children’s, birth, day care, and other services. The provinces and territories also have resources such as respite and assessment resources, residential facilities, and group homes that are designed to offer better child care. Social workers are tasked with placing children in specialized homes, foster families, and with relatives.