Criminal law in Canada in under the exclusive federal jurisdiction. The Criminal Code of the country stands for the official codification of most of these laws. Provinces have the jurisdiction to administer matters of justice and impose penalties through their municipal police forces.

Citizens and residents may be criminally prosecuted for any offence that is included in the Criminal Code of Canada. The offences are divided into three categories, according to their severity. The most minor of them are defined as “summary,” and examples are trespassing or causing disturbance of the public order. Such offences are most often punishable by fines or the offender is sentenced to up to six months in jail. The most severe offenses, such as robbery, breaking and entering, as well as murder, are always indictable, and the penalties for them are much higher than those for summary offences.

In most indictable offence cases, the accused may choose whether to be tried in a local or a higher provincial court (with or without jury). In some cases, however, specifically mentioned in the acting legislation, the accused does not have the right to select a court of his choice.

Under the Criminal Code of Canada, criminal offences require that the prosecuting body (the Crown) provides proof that there was criminal conduct, defined as Actus Reus. In addition, there must be evidence for a criminal state of mind (Mens Rea) beyond any reasonable doubt. Each offense is clearly defined as a specific act, carried out within specific circumstances and with certain negative consequences that follow from the wrongdoing.

The Mens Rea element of 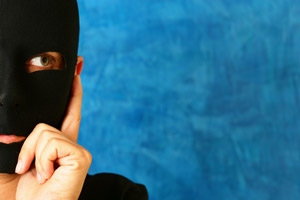 the crime is important in that it denotes clear intent on the part of the accused to perform the criminal act. The crime has been committed regardless of the possible outcome of his or her actions.

When all elements of the offence can be proven beyond reasonable doubt, conviction can still be avoided if suitable positive defense can be raised. In some cases, the circumstances can justify and excuse the accused for his or her actions partially or in full. Such defenses are pretty similar to those recognized in other common law jurisdictions and include necessity, intoxication, and duress, among others. Partial defense can also be provided in some circumstances such as, for instance, provocation.

Apart from that, defenses may also arise when the court is not able to fully prove one of the offence’s elements (Actus Reus and Mens Rea). For example, lack of adequate awareness of the situation or its consequences on the part of the defendant indicates that the Mens Rea required for the offense is not properly formed. Another possible defense variant is in the case of failure to clearly identify the perpetrator beyond reasonable doubt. Such situations often occur due to shortcomings in the case of the prosecution.

Defenses can arise from evidence presented by both, the Crown or the accused, though they are not required to give a testimony. They are considered during the process if the testimony is deemed realistic enough. In general, defenses are taken into consideration when evidence is sufficient to raise reasonable doubt.