How does the Canadian Pension Plan work?

Contributions to the Canada Pension Plan (CPP) make sure that one will have a stable pension that builds toward retirement. One's contributions offer basic financial protection in case that he or she becomes disabled or passes away - these are the first words that a visitor to Service Canada’s website reads. Some general as well as some little known facts about the pension insurance system in Canada are highlighted below.

The pension plan was launched in 1996, after its details had been worked out under the government of Lester Pearson. Today, the Canada Pension Plan is an earnings-related and contributory social insurance program that provides protection to the contributor and his or her family against the loss of income due to retirement, disability, or death. It is also noteworthy that while CPP operates throughout Canada, some provinces like Quebec have their own pension plans that usually work together with the general pension plan to ensure the financial security of the elderly citizens. All Canadian provinces may establish and run their own pension plans. Apart from Quebec, CPP is run by Human Resources and Social Development Canada. Changes to the plan require that at least two thirds of the provinces approve of them (and two thirds of Canada’s population is in favor of these changes).

Just like the pension security systems of most of the developed countries, CPP consists of three kinds of benefits: disability benefits, including benefits for disabled contributors and for their children; survivor benefits, a retirement pension, 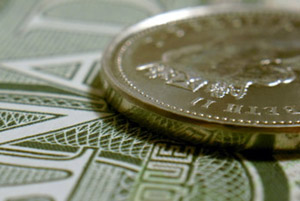 which in turn cover the survivor's pension, the death benefit, and the children's benefit.

Every Canadian resident over the age of eighteen who earns a salary is liable to paying pension security contributions into the Canada Pension Plan. The pension security burden is equally divided between the employee and the employer. Disabled or retired citizens are exempt from paying CPP contributions, as are citizens or residents over seventy years of age, even if they are still working.

The amount of the CPP contributions that each Canadian resident pays is based on the monthly salary that the resident earns. The CPP contributions of the self-employed are based on their net business income. Canadian residents who, during a financial year, have contributed too much, or they have earned less than the set minimum annual income, are eligible to receive a refund of contributions upon completing an income tax return. It is also interesting to mention that the minimum level of annual earnings in Canada is pinned at $3,500. The more and the longer one contributes to the Canada Pension Plan, the more pension credits he or she earns and the higher his or her retirement pension will be. However, some parts of the contributory period, no matter long it might be, may be dropped out for the sake of the contributor’s protection – these are periods of temporary unemployment or child upbringing, low income months after the age of 65, as well as the months of temporary disability.