What are Canadian Precious Metals Stocks

On the territory of Canada operate some of the top gold, silver, copper and platinum mining companies that are publicly traded. Given the constantly increasing global demand for precious metals, it is probably a good idea to consider the investment opportunities that precious metal stocks offer.

Being one of the top gold producers in the world, Canada has a network of over three hundred gold mines that account for as much as ninety percent of its home production. Here are some of the leading gold mining companies in the country. Placer Dome was a Vancouver-based gold mining company that existed independently until 2006, when it was fully acquired by the gold mining giant Barrick Gold, which currently has twenty-six operating gold mines in Canada and is therefore the largest gold mining company in the country. The merger between Barrick Gold Corporation and Homestake Mining Company gave birth to a super gold producer capable of supplying the market with the mind-blowing six million ounces of gold a year. Other Canada-based gold producers that are worth considering are the High River Gold Mines, Inmet Mining Corporation, and Aurizon. The last one is operating in north-western Quebec, in a region called Anitibi which, geologists say, is excessively rich in gold and base metals.

The leading silver mining companies in the country are: Silvercorp Metals Inc, Pan American Silver Corporation, and Silver Standard Resources Inc. Silvercorp Metals is a primary silver producer and developer with operating mines in Canada and China. The company is said to have the lowest production costs among its global peers. Pan American Silver Corporation, traded on the Toronto Stock Exchange under the ticker PAA, is the largest, low-cost silver producer in the world. 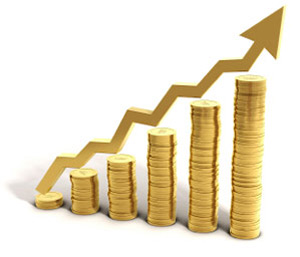 with projects in Bolivia, Peru, Mexico and Argentina. Silver Standard Resources Inc is proud to have the most substantial in-ground silver resource of any publicly traded silver producer in the world, and it is currently developing projects in South America, Mexico, Canada, Australia and the United States

The top platinum producers in Canada by share price gain are as follows: Mustang Minerals Corporation, Lundin Mining Corporation, and FNX Mining Company. Mustang Minerals is engaged in the exploration of platinum, copper, and nickel deposits. Its shares are traded on the Toronto Stock Exchange under the stock symbol MUM, and its shares increased by 4.35 percent at the end of Q1 2010. Lundin Mining, is a mining company engaged in the production of nickel, platinum, cobalt, copper, zinc and lead. The company operates mining sites in the Democratic Republic Congo, Portugal, Sweden, and Spain. The corporate headquarters of the company are in Toronto, while its operational headquarters are run from London. Its shares are traded on the Frankfurt Stock Exchange under the ticker GDX, and the company added 2.58 percentage points to its value at the end of the first three months of 2010. FNX Mining Company is a miner engaged in the exploration of platinum, nickel, cobalt, copper, gold, and palladium. The company reported an increase of slightly under two percent.