What are Canadian Uranium Stocks

Thinking about uranium stocks may sound a little bit scary at first. We all know that uranium is used to fuel nuclear power plants, which in turn may convey associations with the Chernobyl nuclear disaster and the A-bombs thrown over Hiroshima and Nagasaki at the end of the Second World War. It is also true, however that as much as two thirds of the electricity in our towns and cities is generated by nuclear power plants which also are, you will agree, far more environmentally friendly than the power plants that are fueled with coal. The countries that do not have their own nuclear power plants often have to import electricity from their neighbors so as to meet the increasing demand on their home market.

Established in 1988, the Canadian Mining and Energy Corporation, also referred to as Cameco for short, is the largest publicly traded uranium company in the world. Its shares are traded on the Toronto Stock Exchange under the ticker CCO and on the New York Stock Exchange under CCJ. This Canadian-based company is, in fact, the second largest uranium producer in the world. An important fact is that in contrast to many others, Cameco pays out dividends to its shareholders. At the beginning of 2010, Cameco’s Market Cap was estimated at US $12 billion while its trade volume is just one million US dollars. 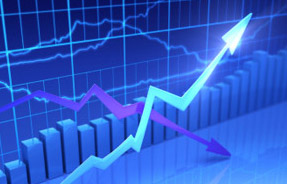 Uranium One Inc, listed at the stock exchanges in Toronto and Johannesburg, is the second largest uranium producer in Canada, with a market cap of 1.5 billion dollars and a total trade volume of ten million dollars. The company is developing business projects in Wyoming, Texas, South Africa and Kazakhstan. In the USA, Uranium One has projects in the Great Divide Basins and Powder River.

Number three on the list is the First Uranium Corporation, with a market cap of $595 million and a trade volume of 2.2 million dollars. First Uranium is traded on the Toronto Stock Exchange under FIU. The company is exploiting gold and uranium deposits in South Africa and is also a partner in the Black Economic Empowerment initiative for racial integration in the South African economy.

Toronto-based Denison Mines Corp is the fourth uranium producer on the list with a market cap of $570 million and a trade volume of one million dollars. The company operates three mines in the United States and also has established development properties in Zambia and Mongolia. The shares of Denison Mines are traded on the Toronto Stock Exchange under the ticker DML.

The last company on this list is Denison’s subsidiary, Uranium Participation Corp, with a market cap of 549 million dollars and a trade volume of $283,000. The company is primarily dealing with uranium concentrates and its shares are traded on the Toronto Stock Exchange under U.